Showing posts from October, 2011
Show all

View of Europe from Ersi Sotiropoulou 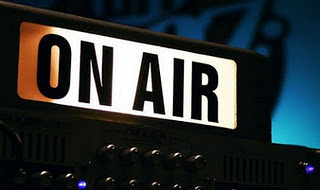 Five prominent thinkers from five EU countries offer personal reflections in BBC 4 - on the idea of Europe at this critical moment in its history. The writer Ersi Sotiropoulos contemplates the view from Greece. Ersi Sotiropoulos, who was born in Patra and now lives in Athens, is the author of ten works of fiction and a book of poetry. Her novel Zigzag through the Bitter Orange Trees (Peter Green's English translation of which was published in 2005 by Interlink Books) was the first novel ever to win both the Greek national prize for literature and Greece's preeminent book critics' award . Listen HERE
1 comment
Read more 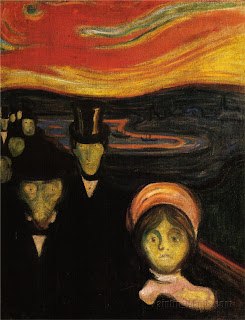 For the past week, as it turns out, I’ve been going downtown almost every day to meet with foreign journalists who wanted to discuss the current situation in Greece with me. Coming to Athens has become some sort of “pilgrimage” for foreign journalists. They travel here from everywhere, attempting to understand and record what is happening. Most journalists I meet in Athens are from countries of the European Union who look at Greece as a projection of their nightmares. We usually gather in Syndagma (Constitution) Square. Athens, a city of paradoxes. In Syndagma Square, right in front of the Greek parliament, anti-constitutional utterings can be heard: some of those who are protesting against the austerity measures, in this very square, are shouting that the parliament should be burned. In a country that has experienced dictatorship, this is something that causes me to shiver ( read MORE )
Post a Comment
Read more

The foreigner and the queen 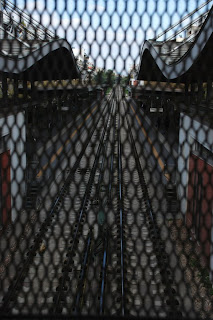 Photo by Anna Tsimpidis The other day, Wednesday, was a lucky day. Not because it was a nice, sunny day but because the metro, the buses, trolleys and the tram were all functioning normally – no strikes. This happy fact somewhat compensated for the horrible stench coming from the towers of trash in the streets*.  In order to reach the metro station, I had to walk right past one of the towers of trash. I walked past in such a state of indifference, that I myself was amazed by my apathy. I suppose that after 20 years in Athens, the sight has become all too familiar. I descended on the escalator with coin in hand and made my way to the automatic ticket machine. Suddenly a beautiful young woman was standing in front of me with her hand outstretched. Blue eyes, plain blonde hair, she was wearing a purple scarf and a brown trench coat. It looked like her outfit was styled by Coco Cha
Post a Comment
Read more

“In this place, all those who love / eat tainted bread” 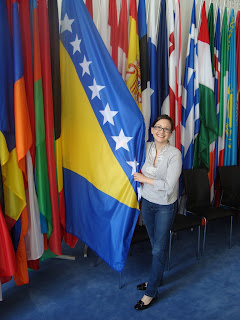 My name is Zoë Sakelliadou. I was born in 1982 in Athens, at Aretaieio Hospital. At the time, my parents lived in Karpathos*, and on the island there weren’t any gynecologists at all. I am the only child in the family who was born in Greece.  My parents fell in love and got married in Karpathos and immigrated to the United States. They managed well there, opened their own business, and became US citizens as did my three siblings who were born there. At some point though, they decided to move back to Greece. Nothing could extinguish their longing to return to Karpathos. I don’t remember much from my childhood. It’s as if my mother’s death, ten years ago, has blocked my childhood memories. I remember that ever since I was a child, I dreamt of journeys. My travel fantasies seemed strange to my parents. They had returned, I wanted to leave. I also recall that, for us – children growing up in remote, isolated areas – Athens was the equivalent of chaos and overwhelming fear. But this was a
Post a Comment
Read more 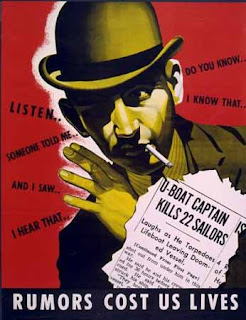 Living in two Balkan countries, Albania and Greece, I have overdosed on “Balkanicity”. Living in the Balkans means a lot of things. One of those things is getting used to living with rumors.  Public life in the Balkans, to a great degree, is formed via rumors – regardless of the political regime. The same was true in communist Albania. This is why in the Balkans, newspapers and government statements are not the source of political news updates, rather information is gathered in the cafés, the hang-outs and through family networks. It is these sources which produce the most valid “publicists”. Most likely, life with rumors is an “inheritance” left behind by the Byzantine and Ottoman Empires. In those times, the news from the Empire’s capital, Constantinople-Istanbul, would reach the provinces after passing through thousands of “filters.” When the news finally got to the provinces, it no longer resembled news – instead it bared more resemblance to a myth. The people and the town crier
Post a Comment
Read more 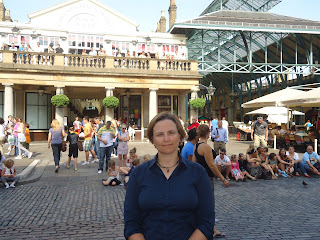 I was born in 1970, in Crete, in Voni Pediados, a small village with 500 residents, where nothing ever happens. Until every year on July 17, when something of a miracle happens. The village is flooded with people. It is the day when worshippers come to the Monastery of Saint Marina to pray. I remember it fondly. Afterwards, the visiting people depart and the village returns to its uneventful live, waiting for the next pilgrimage. My name is Sophia Ploumaki. As a child, I was called “the teachers’ daughter.” Both of my parents were teachers, demanding and strict, especially my father. As “the teachers’ daughter” in a close-knit community, I was somewhat of a public figure and I had to be perfect in everything I did. Even today, my philosophy is to try very hard to be perfect. Childhood experiences are like a suitcase that we always carry with us. We are never getting rid of those . I don’t believe in ‘getting rid of’ . I believe in maturity and self awareness.   *** Journeys – as a
Post a Comment
Read more 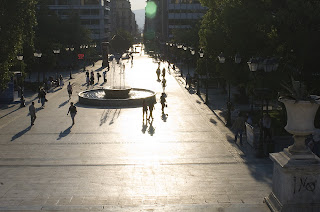 In recent months I have received a lot of messages from friends abroad asking me what is happening in Greece. Everyone in Europe is talking about Greece. Global recession and financial strains have already been felt in other countries, causing people from Asia to the US to deal with these same issues and introspections. It is a time of great reassessment, instability, upheaval and change. That’s why I felt the need to create this blog in English, trying to give a more accurate information and personal feedback on what is happening here. I decided to inaugurate my posts with a series of real stories from Greeks living abroad. They have been published already in Greek in TO VIMA (www.tovima.gr). The real people in these real stories talk about their journey and they give also their explanations and insights about what is happening in Greece now. One of the main reasons why I decided to begin with their stories is the fact that I have an obsession with traveling and borders. And on
1 comment
Read more