Showing posts from January, 2012
Show all

“I have no use for your awards” 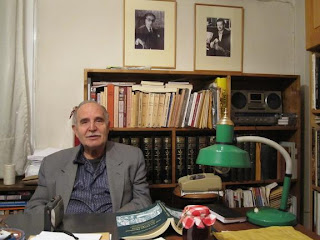 On January 23, 2012 the Greek Ministry of Culture announced the winners of the Greek State Literature Prizes for 2011. The Major Prize of Greek Letters was awarded to the poet Dinos Christianopoulos, who issued a statement refusing to accept the award. He could have rejected the Greek State Literature Prize by slightly paraphrasing lines from is poetry: "what shall I do with your prizes/ they are too sugar-coated/ they are better suited for spoiled brats/ they are not suited for me ". It is important to know who gives you the prize and why. In any case you have to be brave to reject prizes and even more brave to reject significant prizes. All over the world, there are only few “prize rejecters” in comparison to the millions of prizes which are given. Personally, Dino Christianopoulos’ gesture moved me. It is a lifelong outlook, subversive, deeply human - with the Christian meaning of the term. I expected this gesture to spark meaningful public debates about the “hazy” worl
Post a Comment
Read more
More posts